Our Happy Hiker Community is wide spread. While we consider all our friends and followers part of the squad, here’s a few of our team members, brand partners and ambassadors who are actively spreading the happy hiker love. 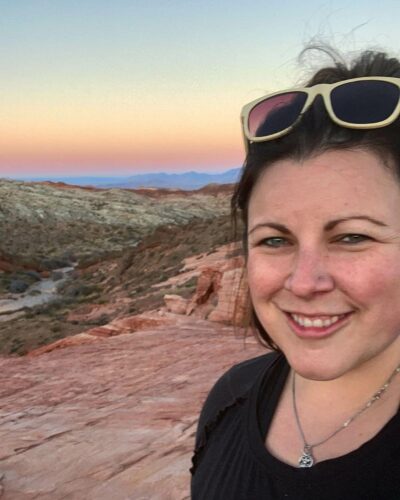 Alison lives in West Michigan with her two adventure pups, Penny and Sid. She spends most of her weekends exploring her home state and meeting new friends on the trails. Her favorite type of travel is a long road trip in camper van and has a life goal to visit all of the National Parks. 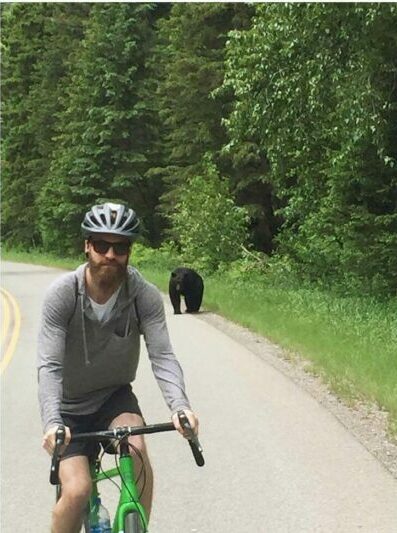 Derek is the owner of One Mohr Time Design based out of Grand Rapids, MI. He is a developer by day and designer by night. Derek is travel and nature lover and is often found tinkering with new logos and ideas for the brands he represents. Learn more about Derek – https://onemohrti.me 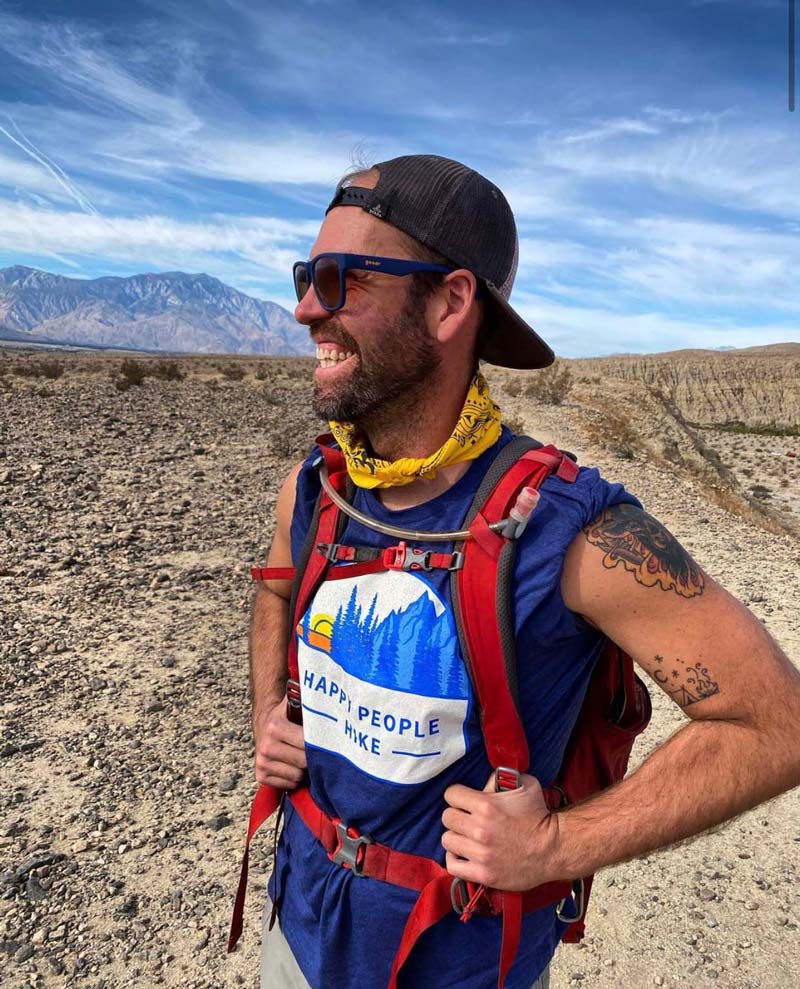 Mike & his life partner Jill have been living out of their Nissan Rogue, tent camping, or staying at long-term airbnb’s since June of 2020. Amongst other hikes Mike has happily hiked (Get the Pun?!) Half Dome in Yosemite, Angels Landing in Zion, the Enchantments in Washington State, Mt Baldy in SoCal, and slackpacked Jill and their friend Kim’s one day Rim to Rim Hike in the Grand Canyon during this adventure. 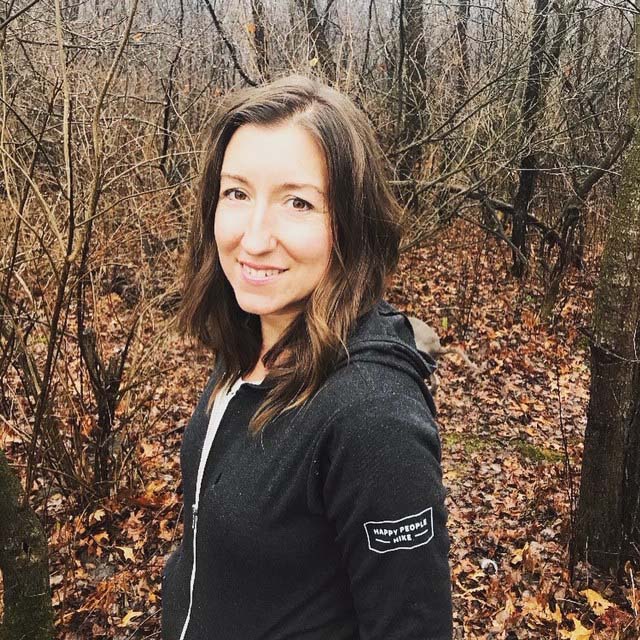 Guinness World Record holder for the fastest marathon ran as a skeleton! (Yup, that’s a thing)

​She signs up for races that sound like your running far but really are “power hiking”, like the Vol State 500k across Tennessee.

She has 3 young boys and has led a Cub Scout pack for 6 years to grow the next generation of hikers, leaders and conservationists.

​Her goal in the next few years is to run the Arrowhead 135, the “coldest race in America.” It’s a self supported 135 mile race in WI in February, that would give her the hottest (Vol State) and the coldest races in the North America.

Ultra Running Magazine Features:
Tunnel Hill
Never Alone at the Eagle Up Ultra
The Inaugural Tuscazoar 100/50
Iron Horse 100K: Not as East as it Sounds